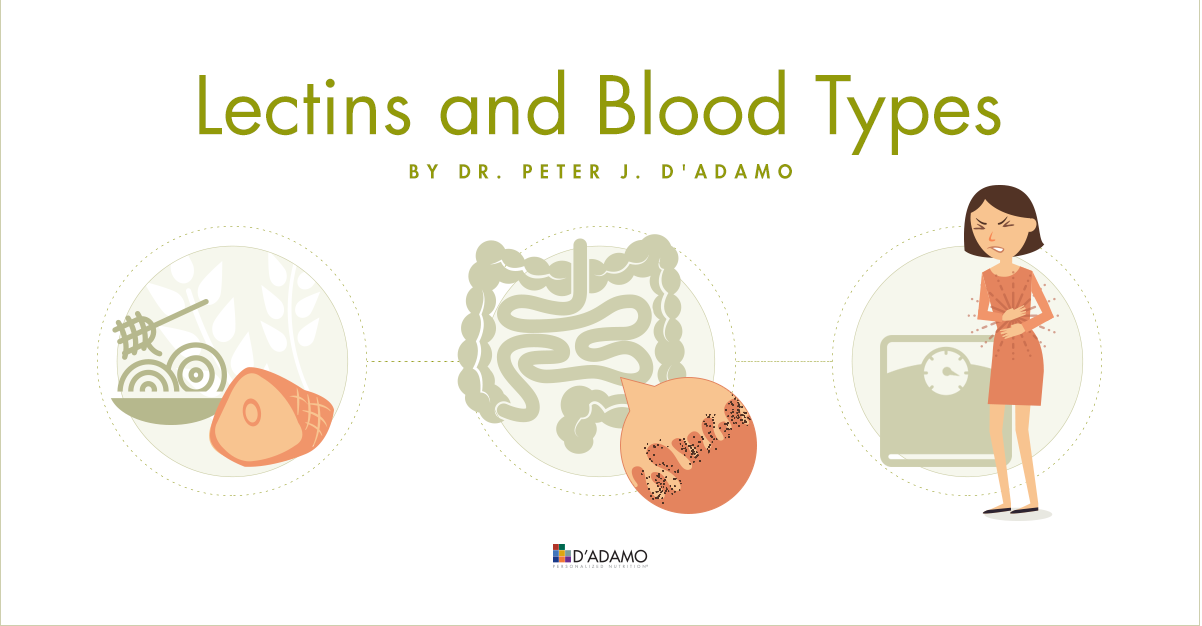 What is a Lectin?

In simple terms, a lectin is a type of protein which acts as a selective velcro-like material. Lectins come in two main forms, single-sided and double-sided.

- Single-sided lectins - only stick to other things. Cells in the liver have this type of lectin on their surfaces to snatch up harmful bacteria and parasites that may be present.

- Double-sided lectins - stick two other cells together, like a piece of double-sided tape between objects.

Both varieties, despite their differences, have many commonalities. Although both single and double-sided lectins both cause agglutination (the clumping of particles), they do so in specific, individualised ways. Each lectin has a certain type of material it is meant to bind to and this changes depending on what species the reaction is occurring inside as well as the blood type of the person or animal involved. The source of the lectin itself also has a great bearing on how it will react. For example, the lectin found in wheat is different from the one found in soy, both in its appearance and how it interacts with different sugars. Understanding the source of the lectin and the chemistry of the person consuming it is central to eating right for your blood type.

Some foods have lectins that react specifically to particular blood types. One of the best examples of this phenomenon is wheat germ agglutinin (WGA). Although gluten is the poster child for wheat’s harmful effects on the human body, WGA’s are another toxic, negative component found in wheat-based products. Though gluten isn’t a lectin like a WGA they both can cause similar issues in the body such as a leaky gut. WGA’s go a step further than gluten though, causing insulin resistance and Vitamin D deficiency as well. While it has been consistently proven harmful to animals when administered in large doses, for human beings it disproportionately affects Blood Type O's. Knowing about harmful lectins like WGA is vital for general health, but when looking at how they interact with each blood type specifically, it makes the knowledge all the more important.

The impact that WGA’s can have on the effectiveness of insulin within the body is just one example of how lectins can have broad, sweeping effects throughout multiple bodily systems at once. While ingested food will of course affect the digestive system, most people assume incorrectly that the impact ends there. There are several examples of lectins impacting all different parts of the body. Cranberry juice, because it contains the same sugar found in the bladder walls, is commonly used as a home remedy for bladder infections. The lectins present act as tape, attaching to the harmful materials in the bladder and forcing them out. Other lectins can interact with the surface receptors of white blood cells, often programming them to multiply rapidly. Even joints can be affected, as people who have arthritis find that avoiding “nightshade vegetables” such as tomatoes and white potatoes helps alleviate the pain. This conclusion isn’t hard to rationalise, as these food types are very high in lectins that agglutinate aggressively, thus aggravating the already inflamed areas in the joints suffering from arthritis.

Dr. Peter D’Adamo has been an advocate of understanding lectins since Eat Right 4 Your Type® was published in 1997. He has continued to stress the importance of lectins on one’s diet, and it seems that the rest of the world is finally starting to come around to that fact as well. Ignoring your blood type and how its lectins interact with the ones found in the food you consume is a recipe for disaster. While this article is a great summary of how lectins work, it only scratches the surface of the depth behind their function. For the most complete, detailed information about lectins from Dr. D’Adamo, see pages 343 to 350 in the Eat Right For Your Type, Complete Blood Type Encyclopedia.

Deflect® is a natural product composed of 'blocking sugars' designed to interfere with the adherence of troublesome dietary lectins. Since many lectins are ABO blood type specific, there are four different Deflect® formulas: one for each blood type. The blocking sugars in Deflect® can be considered 'sacrificial molecules' that attach to carbohydrate receptors on the lectins, rendering them unable to bind to the cells of the body.

The Deflect® formulas provide a source of free blocking amino sugars, which bind and block lectins before they can attach to the cells.

Since each blood type is susceptible to lectins with different carbohydrate specificities, Dr. D'Adamo designed formulas to block lectins by using mono and polysaccharides specific for each blood type.

To learn more about Deflect®, click on the Deflect® formula for your blood type:

Peter D'Adamo is a distinguished professor of clinical sciences at the University of Bridgeport College of Naturopathic Medicine, USA, a naturopathic physician, author, researcher-educator, Ivesian, software developer and air-cooled enthusiast. He is a recognised authority in glycobiology, particularly the ABO blood groups and the secretor (FUT2) polymorphisms. He is versant in several computer languages, with  SWAMI (serotyping with advanced modifiable inventories) and OPUS23 just two of his software applications currently in use.

Dr D'Adamo teaches Generative Medicine I and II, Introduction to Biochemical Individuality of Naturopathic Medicine, and supervises a specialised clinic shift in Personalised Medicine at the University of Bridgeport. He has published the first textbook in naturopathic systems biology, Fundamentals of Generative Medicine, Vol. 1 (Drum Hill Publishing, LLC).

He is the author of several popular books, all of which can be found by clicking here including the New York Times bestseller, Eat Right for Your Type (Penguin Putman) and most recently Change Your Genetic Destiny (Random House).

Paul Hopfensperger is a UK based Master Instructor for Dr. Peter J D'Adamo's Institute for Human Individuality at Body and Mind Studio®. He specialises in The Blood Type Diet®, The GenoType Diet® and OPUS23 Genomic Bioinformatics. He was the first and only person from the UK to attend the inaugural OPUS23 Genomic Bioinformatics training seminar conducted by Dr D'Adamo at the Center of Excellence in Generative Medicine, University of Bridgeport College of Naturopathic Medicine, USA in April 2016. Paul also holds a diploma in Diet and Nutrition, and a post graduate diploma in Chinese Nutritional Therapy from The College of Naturopathic Medicine in London. He is a Member of the Complimentary Medical Association.